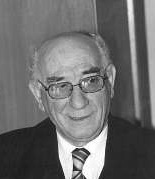 In 1991 he was elected as Deputy Public Prosecutor of the Republic of North Macedonia and he exercised this office until 1992.